In recent times I have come to learn of quite a number of new terms via social media and Kasi Slang, one that sprung to mind when I 1st laid eyes on the new Kia Rio was Charmer Boy ….can I explain later why this made sense. Kia as a brand has been one to watch for quite some time, if there ever was a Prince Charming that kissed away all the ugliness, it would be in the form of their Head of Design Peter Schreyer. The man can pen a car like no one else can. To do what he has done for a brand deemed average and take it to such great heights aesthetically is nothing short of a miracle. I remember doing a Television insert on the Kia Sportage and viewers could not believe the transformation, similar to one of those make over reality shows when a housewife impresses the bored husband.

The Rio 1st came to life in the year 2000 when we were fed a lot of rubbish about the world coming to an end by the prophets of doom! The 1st generation was okay for its time; it generated 3542 units in sales from its introduction until 2006. In 2007 the 2nd generation broke cover, it recorded 2056 units in sales which was almost 1500 less than its predecessor, this signified a positive change was necessary. Change came in the form of design genius Peter Schreyer who penned the 3rd Generation from 2011 , sales rocketed to 37 327 units, in fact I see more Kia Rios on the road than any of their other models, on the launch route I lost count of how many of them I saw drive around in Jozi. This was a welcome change for the brand and the public loved the car and started showing affection to the brand and its ethos of value at a reasonable price. We all know how brand loyal we(South Africans) can be! We don’t get moved easily.

June 2017 Kia launches the 4th generation Kia Rio, I had seen sneak peaks from several international shows, it looked good, however seeing it in the metal was just a better experience altogether. The design makes a worthy appeal to the senses and visual rapport. The front end is enhanced by stunning headlights which incorporate Day time running lights , this supported by gaping inspired bumper with neat touches on the sides for fog lights, the grille accentuates the headlights very well. The side profile is dominated by a decent set of anthracite polished multi spoke 17” alloys running on 205/45 rubber which add some streetcred. The shoulder line is a tad higher but not overbearing, that line runs from the front fender and all the way to the boot. The rear is highlighted by directional formed LED taillights, and the bumper has been sports inspired diffuser look blacked out centre detail surrounded reflectors on both sides. The Kia badge is well placed that it now houses the rear view camera and the boot handle. The look is simple, clean with just the right dose visual splendour.

The Interior is airy and spacious thanks to a few significant improvements; the dash seems to sit lower with the infotainment screen mounted lower into the dash, a nice touch. All finished in matt black with hints of sating silver touches, the centre console is evenly spread out between the climate control and infotainment. The cluster has always been one of my favourite, soft white dials and a decent sized stats display. The multi-function steering wheel is thick and solid, with a fair amount of functionality. The leather covered seats offer suitable comfort and support, and a superb driving position. The boot space is sufficient to live with, if it’s not enough you can always flap the rear seats to enlarge it. The cabin has a premium feel, who would have thought we would say premium in the same sentence as Kia Rio many moons ago. Specification level is on point as usual, it’s a KIA they are known for that.

The Rio is powered by 2 normally aspirated engines, a 1.2L with 62Kw and 120nm and a 1.4L with 74kw and 135nm of torque; at the launch we drove the latter. Now quite a number of factors were at play, the launch route was inspired by the buying pattern of the current Rio customers, which is urban, and the small yet efficient MPI power plant had to face inland altitude on a rare warm winters day. So the launch route was more urban than freeway drive. The delivery is smooth and shift action from the 6 speed manual is precise, the ride quality borders on sublime with dash of sportiness for even balance in corners. While we could not stretch the legs of the Rio in busy Johannesburg, it was nifty enough to samba in hectic Gauteng traffic. Am sure this would feel more responsive at coastal areas.

When I started this write up I mentioned terminology I came across on black twitter and kasi slang, “Charmer Boy” is one of those good looking youngsters with twang in his tone when he expresses himself, that’s what the New Rio is to me, good looking with the right attitude. I reckon the brand is still on the right path with product like this, it won’t harm to add a performance derivative to this line up though, just a thought. I am a believer of speaking things into existence.

All Kia Rios as backed by a 5year unlimited kilometre warranty & Roadside assistance, and a 4year/60 000 Service Plan. 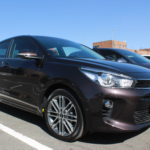 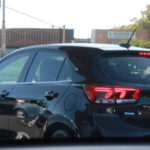 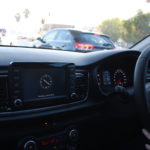 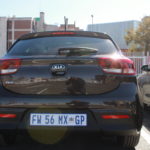 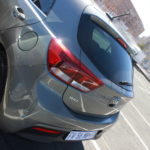 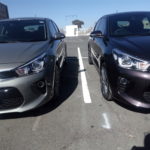 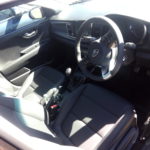 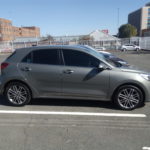