I don’t get dealership invites to their launches often, this may be a resultant to the fact that I get invites to national media launches, be that as it may that should not affect my relations with my beloved locals. For several reasons, their customers read and listen to my views , and good rapport is always great. Volkswagen recently introduced an additional derivative to their Amarok line up, one that has been quite well received by the South African public, a 3.0L V6 turbo charged oil burner. I am still unsure why people had a bit of undermining nature towards the 2.0BiTdi, it was sufficient and had all the right ingredients if you ask me. Then again one must remember we are South Africans so size matters, since size matters numbers play a major role. So a big power plant was necessary to level the playing field so to speak.

Market Square Uitenhage Volkswagen afforded me the chance to drive this at Sardinia Bay Golf Club, the route was short but just enough to enjoy what the new top of the range Amarok had on offer. Backed by VW’s trusted 4Motion all wheel system and mated to an 8 speed DSG box, the New V6 power plant delivers 165kw of sheer power and 550nm of torque. The scenic Sardinia/Seaview was just what we needed to stretch its legs. The swift changes of the DSG box keeps one on the power band consistently with a grin inducing grunt. The bonus of an over boost between 3rd and 6th gear albeit for 15seconds, adds to the fun element of the drive, this feature adds an extra 15kw and 30nm to an already impressive output. This actually reminded me of the R50 Toureg that moved a cargo carrier to demonstrate its torque prowess; all the traits reflect such greatness. The handling and ride quality are superior which is expected from a Volkswagen product of this calibre. The V6 is equipped with disc brakes all round which adds to peace of mind since picking up momentum is swift in this classy farmer. The Amarok V6 can be ordered in regular or the spectacular Extreme edition that boasts several awesome styling cues for that extra street cred, and it can be spec’d with stunning 20” alloys to boot. It also boasts electric sports seats for that extra support on long drives.

The Amarok V6 has moved the goal posts, I hear you asking about how its fairs against the Ranger, its rival will come from a 3 pointed star unless the blue oval workhorse ups its game on all fronts. While this may have been a short drive, it was enough to give me an idea of what this V6 engine has done for the Amarok reputation.

Special Thanks to Market Square VW Uitehage, Asanda Nyoka, Tracy Wiese and her team for a super drive. 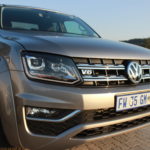 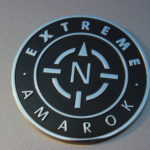 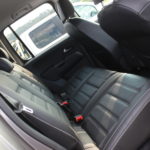 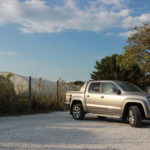 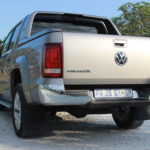 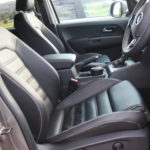