My good friend Awonke Canca recently came back from a longish stint in Germany, where his better half was on an training and skills enhancement programme with her employer, he was one of the 1st people that invested in a Volkswagen diesel vehicle I knew, he had 3 potter Tdi Polo hatch with 55kw, the grunt from that cheecky 3 potter was thoroughly entertaining. He mentioned seeing the GTD in Wolfsburg, it had been in existence for quite some time over there, he had recommended it for our market to VW executives he met while he was there, albeit casual. Awonke was impressed, so I knew there must be something right.  He may be kind but not easily impressed.

The GTD was launched at part of the facelift launch of the 7th generation of the much loved Golf, this was initiated in May out in Graaf-Reinet with the Gti, followed by the R & GTD introduction in Cape Town in July this year. A few months prior I caught a glimpse of it through the fence parked next to the Comms Office at the VW plant in the Hage. I was impressed by how close it looked to the GTI even though it was a diesel performance hatch.

All round it looksvery similar to its sibling, baring the GTD badge on the front grille, new LED headlights and rear taillights with flowing indicator feature, the polished tailpieces are paired on the left side of the rear bumper, which also encompasses a diffuser. The 18” Sevilla gloss black alloys and a GTD badge are the only exterior changes one will pick up.

You would not be blamed for thinking you are in a Gti when you are seated in the GTD, the only permanent GTD logo is on the sports steering, all else is digital intros when one starts the car. Fit and finish is of a high standard, my review unit was specified quite generously, it left me wanting for nothing. The black leather seats boast a grey stitching , and perforation on the black leather is grey as opposed to the red found in the popular “ Vrrrr Phaaa” sibling. The feel good aura is not lost at all. Aesthetically they knew what they were doing here, they hit the mark spot on. I love the Dark Iron Blue Metallic paint my test car wore.

A 2.0L turbo charged 4 potter EA288 series diesel power plant generating a healthy 130kw of power from 3600Rpm to 4000Rpms, and 350nm of torque. The same amount of torque as found in the sibling. It may be 39kw down on power but does it really matter though? This number may seem familiar, a while ago we tested a Passat that had similar power traits, that was heavier but it delivered in every key aspect. This diesel power plant is mated to a faithful 6 speed DSG shifter with front wheel getting us moving. The power is seamless with a gentle shove from just below 1600Rpms, the increase of shove carries on till you change gears at 4000Rpms, even if you change earlier as I did via steering mounted paddle shifters, the joy remains. The sound is typing of an oil burner but mildly muted thanks to superbly sorted cabin, or you could simply turn the volume up on the optional Dynaudio sound system like I did if the engine sound puts you off. The power and torque are ample in the GTD, this is evident in how it increases velocity, you would be fooled into thinking you are doing low speeds but actually threading on the Ghost squads territory of ending up in jail. How this tackles corners is just as impressive thanks to a softer but loveable suspension set up, this equates to a comfortable but stable ride. I love it, in my case ,I ride with my Mbali and comfort is key. I wondered why the GTD test car didn’t have Adaptive Chassis Control, it made complete sense after driving it for a few days. It’s just right as is! In case numbers bother you, the GTD sprints from standstill to 100km/h in 7.4second with a top speed of 230km/h, it deals with all that without breaking a sweat. The fuel consumption was not compromised despite performance being availed to us, my best average was 6.6l/100km while VW claims 5.3l/100km, not far off considering I thoroughly enjoyed myself in the test car, if you get my drift.

So the question stands, GTI or GTD?, should they even be in competition, its family, however I need to set the record straight once and for all, GTD IS MY CHOICE! Here is why, it’s cheaper, looks just as good, rides & runs bloody well, the package makes sense in every vital aspect for me. I think this will increase sales to the Golf legacy no doubt. The Gti may be the star however the GTD is the Ace.

Priced at R506 700 in standard kit, my test unit was specified to R552 700 with extras, which is reasonable considering you will break R600k mark in the more powerful sibling with the same optional extras.

Thanks to VW SA for the test car. 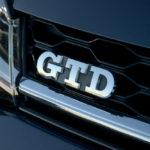 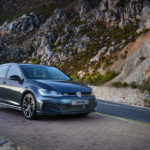 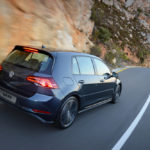 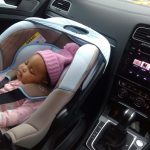 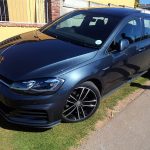