Facelifts are key to the lifespan of cars, they keep them relevant and connected to the consumers, the last Figo I had on test had an automated gearbox mated to a mediocre 4 cylinder engine that’s had no character. The Space and practical elements were on point, the looks were decent for something this size.
So as a base, Ford had started off well with the Figo, to enhance the looks this time they have revised the headlights, now with chrome inserts to enhance the look. The grille is the most notable at the front, it’s bolder and bigger. The lower bumper benefits from some good looking chrome look plastics, the side profile of my test unit has nice looking 14” multi spoke alloys. The rear end has a reworked bumper and taillights. The deep blue colour with colour coded door handles and mirrors was a fitting combination.

On the inside the centre console has some minor yet significant for visual appeal and user ability. For instance, the simplicity of the infotainment was great, it was easy to use, I quite like the functionality of the air-conditioning. The audio system is equipped with blue tooth, USB and smart phone dock for charging. The seats proved cosy and supportive even though I sat quite high. I must say, it has been a while since I drove a car without a multi-function steering wheel, I missed using radio controls. The interior space is abundant which was very helpful for me being a family man; the boot space was amongst the biggest I had to work with in the segment. Safety was not cut short as the Figo has airbags, ABS brakes and EBD.

My test mule had the new 1.5litre normally aspirated 3cylinder engine paired to a 5 speed manual transmission with power going to the front wheels. The unit generates s respectable 88kw of power and 150nm of shoving torque. The torque comes in nice and low, which is amazing for non-force fed motor, it is impressive how responsive it is. As the revolutions climb, it screams with a manly grunt , the surge is impressive. I have a weakness for three cylinders engines, these days most are force fed, it was quite refreshing to drive a decently powered naturally aspirated 3 potter. The tank managed a just under 500kms, before I was warned to fill up, which was on the day the test unit had to be returned. The drive was rather cautious as the seating position bothered me, the handling was okay, the Figo sedan does not handle cross winds well, had some scary moments but am sure with more weight it could be better.

.The overall feel and practical element makes the Figo a worthy contender in the segment, pricing is also in its favour as it is backed by a renewed 4year 60 000km service plan.

Thanks to Ford South Africa for the test unit. 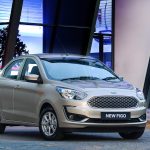 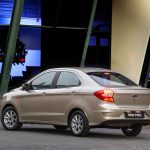 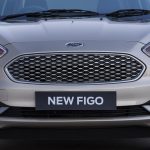 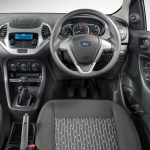 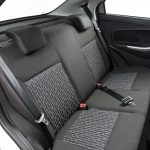